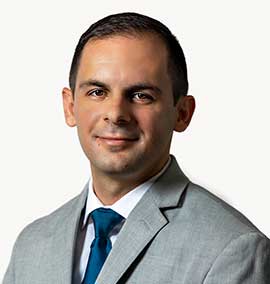 After being admitted to the Florida Bar in 2016, Daniel began his legal career defending the criminal and constitutional rights of indigent persons in Tampa as an Assistant Public Defender.

In 2019, Daniel decided to return home to the Orlando area and has joined the firm as an Associate, concentrating in the areas of construction law and complex litigation.